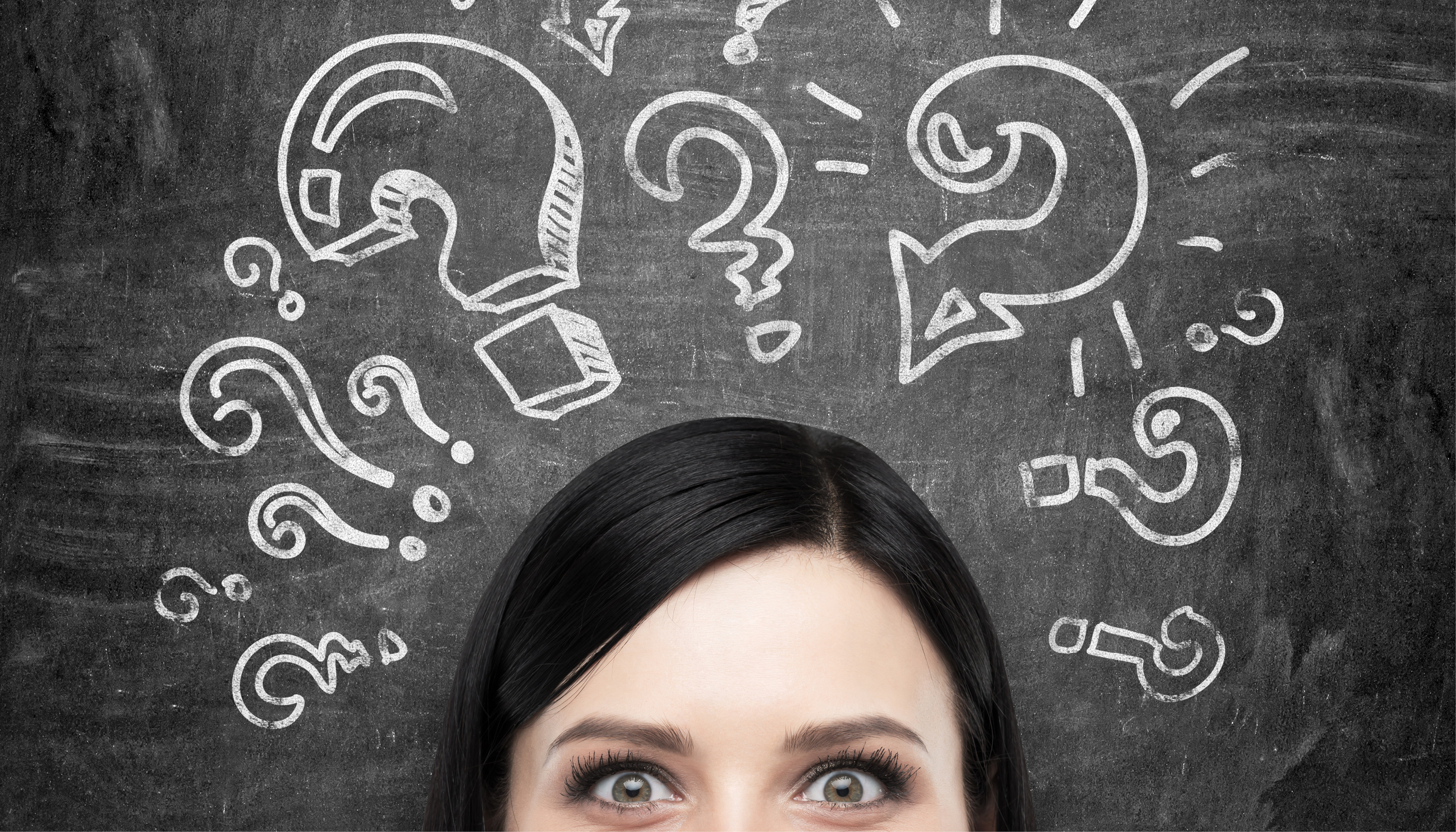 No one is a stranger to mourning. When my good friend Aimee* committed suicide fewer than three months after her mother died from breast cancer, I thought I was living in a nightmare. How could this happen? Why didn't I see it coming? Where was God when Aimee died? Was he working on another suicide or out on a cigarette break? If God doesn't save people from killing themselves, what does he do?

At Aimee's funeral the rabbi explained that Aimee was not to blame for what happened - in the end, it was her disease that had caused her death. His words brought no comfort. By the time we all stood together around her grave, I was consumed by an inexplicable anger.

I was 31 years old. For years I'd kept a mental tally of all my disappointments, and Aimee's death felt like the end of the end. If life had failed me this much, what would the next 31 years bring? Then there was guilt… the litany of things I could have done differently, had I only known what she was planning….

After the funeral, some of Aimee's Jewish friends told me about the tradition of saying Kaddish at synagogue. Reciting Kaddish, they explained, was a way relatives had of honoring their dead. Who would say Kaddish for Aimee? Not her father, a Christian; nor her Jewish mother, who had died. If anyone was going to say Kaddish for Aimee, it would have to be her friends. Friends like me. Besides, saying Kaddish felt like something I could do to help alleviate my guilt about not having done enough to prevent Aimee's suicide.

Because Aimee was a Reform Jew, I decided to look for a Reform congregation. Surfing the internet, I found the Union for Reform Judaism website and printed out the address of the nearest Reform congregation. When I showed up, two older ladies in the parking lot told me I'd just missed the Shabbat service. Then I remembered seeing a photo of Temple Beth El in Jersey City, N.J., on the website. I could picture its doors on Kennedy Boulevard. And, it turned out, Beth El's service wasn't until 8pm. Plenty of time to get there.

There are times in our lives when we lose not only loved ones, but also important aspects of our selves. Sometimes life can hit you like a speeding truck. And when you recover from the blow, you look back and see pieces of your former life scattered on the road-your childhood, your marriage, your career, your faith.

Raised in the black Pentecostal tradition, I believed not only in a God of redemption but also in a God of intervention-one who would both save me from my sins and also step in to fix things that went wrong. As a child I thought of God as a superhero, a larger than life animation of perfection. Growing up, of course, things didn't always work out that way. As an adult it was very easy for me to bury my disappointment in a sea of rationales of why God was not responsible for intervening during x, y, and z moments in my life.

But allowing Aimee to kill herself… this I could not forgive. Aimee and I had been friends since high school. Before mental illness took hold of her, she was an adventurer…one who loved life too much to take her own life. If anyone needed intervention, it was Aimee. Yet there was none.

By the time I came to Temple Beth El, disappointment was blossoming in my life like weeds in a garden, choking out everything that was wonderful. It was a crossroads moment: I could choose either to stay bitter or get better. I knew I wanted to be a better person, but to do that I had to become a different person. Most of all, I had to learn how to let go of the past.

I attended services regularly for a year. The people at the temple were kind to me. As Rabbi Brickman read aloud the names of the dead, I would whisper Aimee's name quietly to myself. The rest of the congregation would then recite Kaddish, a prayer which, I learned, never mentioned death at all. Instead, through Kaddish we prayed for the coming of God's presence in our lives. Eventually I downloaded a recording of the Mourner's Kaddish from the internet and practiced at home until I felt comfortable pronouncing the words aloud. On the anniversary of Aimee's death, I finally gave her name to the rabbi.

Kaddish is a practice. You remember the dead and you honor the source of all life. In one moment you acknowledge your loss and in the next you move on.

Before I entered Temple Beth El, I'd never learned how to do the second part of the practice - moving on. When really bad things happened for no good reason, I never stopped asking "Why?" Even more, I wallowed in "why," afraid that moving on would mean allowing the terrible thing to happen again. Now, I began to understand that life's disappointments need to have a final resting place, just like the body of the deceased.

Letting go of the bad memories also made room for all the good ones. I'd spent so much time remembering how Aimee died, I almost forgot how wonderfully she'd lived. A travel enthusiast, she never let fear of disappointing her parents stop her from seeing the world. In her mid-twenties she quit her job, gave up her apartment, stored her stuff in her mother's basement, and used all her money to journey around the world with a good friend. About six months into her adventure, she emailed me to say the money had run out and they would be getting jobs as ranch hands. Aimee grew up wanting for almost nothing, so the idea of her shoveling horse manure gave me a good laugh. These and other memories have sustained me.

Sometimes during services the rabbi would ask people to openly share their views on religious, political, or social issues. As opinionated as I am, I was too afraid to express my views - afraid that my blackness would really stand out. So I just listened. I noticed that one or two people in the congregation invariably opposed the majority opinion, and sometimes openly disagreed with the rabbi. This kind of dialogue was unlike anything I had ever experienced in church. A minister never asked people's opinions in the middle of a service - and besides, it would be considered rude to openly contradict your minister. Temple Beth El's culture of respectful disagreement fascinated me.

I didn't come to Temple Beth El expecting to convert, but it happened anyway. Although I'd long ago stopped believing in some of Christianity's major tenets, including the necessity of intercession as a means for connecting with God, I just thought it was because I wasn't religious; it never occurred to me that I just hadn't found the right religion for me. But attending a Reform congregation, with its emphasis on study and questioning and on a direct, personal relationship with God, was helping me cope with life's transitions. After a year of attending services, I met with Rabbi Brickman and said, "I'd like to talk to you about converting."

As part of the conversion process, I was required to complete an Introduction to Judaism course. During one session, a convert spoke to our class. As one half of an interfaith marriage, he had been attending synagogue for more than 10 years before deciding to become a Jew. Talking about the story of Jacob, he said he felt Judaism was really about struggling with God. For the first time, someone expressed in words what I had been feeling for years. Time after time I had wanted things to go "right" in my life and they didn't - and I could not understand why God never lived up to my greatest expectations. Judaism provided a religious environment in which I could openly ask these questions, a religion in which I could express doubt and still be accepted. As a Reform Jew, I knew I wouldn't have to check my brain at the door. Instead, it would be my obligation as a Jew to seek to understand God, not only through worship, but also through study, reflection, and questioning.

A year after I told Rabbi Brickman of my intention to convert, I went to the mikveh (ritual bath) in preparation for my conversion ceremony four days later. Alternating shades of blue and white ceramic tile covered the walls, floor, and stairs leading into the pool. I submerged myself fully in the warm water three times and recited the blessings; then the rabbis recited their own blessing. Although I've heard that going to the mikveh can be emotional, I was not at all tearful. Instead I felt fulfilled. It felt like I was stepping into a part of me that had always been there but was finally being nurtured.

The conversion ceremony that followed on Saturday was wonderful. About 30 people attended, including family, friends, and members of the synagogue. When I was finally called to the bimah (pulpit), I whispered something in Rabbi Brickman's ear. The rabbi then turned to the congregation and said, "Anyone who knows Faithann knows she asks lots of questions. Even now, in this final hour, she has a question." My entire family erupted in laughter because ever since childhood, I have always loved questions. But today the question was simple. I wanted (and received) permission to address the congregation before leaving the bimah. In my short message, I spoke about the importance of following one's calling, no matter how difficult that calling may seem.

After the service we all enjoyed wine, challah, bagels, and an assortment of mini cheesecakes, pear tarts, and a large, delicious carrot cake. To my surprise, I also received some wonderful gifts: a mezuzah, a gold Star of David, and two books on Jewish recipes and wisdom.

On that day, I thought of the friend who had led me here. Who could have imagined that Aimee's tragedy could change my life so profoundly, and teach me so much about finding joy. 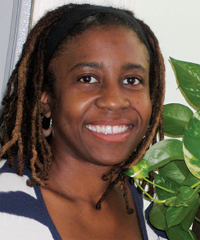 Faithann Brown became a Jew-by-choice on November 1, 2008 at Temple Beth El in Jersey City, N.J., where she now belongs.