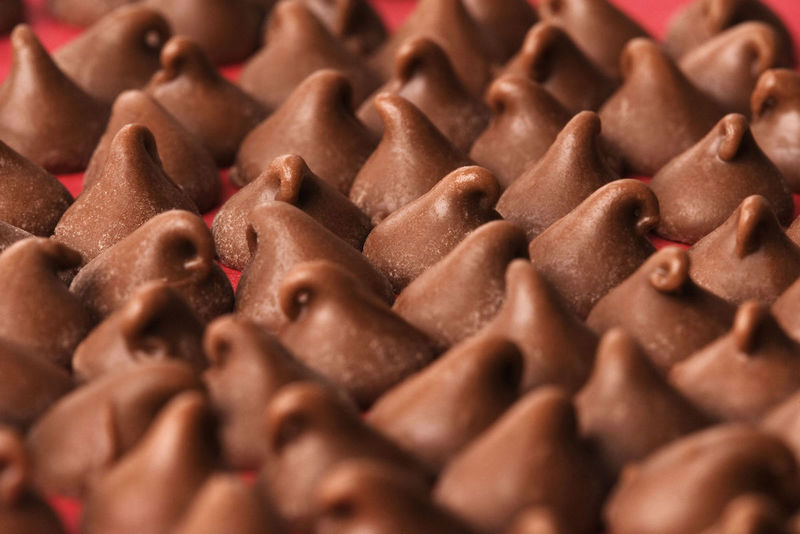 Crypto-Jews living in Mexico in the 17th century, under the surveillance of the Inquisition, developed sticky subterfuges to avoid being outed for their undercover Jewish practices, including those that related to chocolate drinking. Imbibing the customary daily chocolate on Catholic fast days or not drinking chocolate on Jewish fast days raised suspicions. The popular chocolate beverage was part of the coded language of the day.

These Mexican crypto-Jews not only took an active role in the cacao trade in the New World of this time, they also secreted it into their undercover Jewish ritual life. Chocolate accompanied meals at the beginning and end of the fast of Yom Kippur (Day of Atonement), perhaps their most frequently privately-observed Jewish holy day. The themes of atonement and repentance resonated strongly for them, as they felt themselves constantly sinning through their mandatory public professions of Catholicism.

In order not to be seen fasting on Yom Kippur by their non-Jewish servants, Amaro Díaz Martaraña and her husband staged a falling out with each other. When their morning chocolate was brought to them, they pretended to be arguing and spilled it on the servants. They spent the remainder of the day in their rooms, praying and fasting. They reconciled in the evening, able once again to drink chocolate and eat food at the end of Yom Kippur without endangering their lives.

Ironically, it is Inquisition records that provide these examples of Yom Kippur chocolate usage from Mexico in the 17th century.

For Yom Kippur (1642), Doña Juana, sent "thick chocolate and sweet things made in her house" to Isabel de Rivera.

Beatriz Enríquez, at the age of twenty-two, testified that when her husband left for long business trips, she took cover in her pseudo-sadness to hide her fast on Yom Kippur, known as día grande (the big day). She pretended to be crying over the absence of her husband, and using this drama she was able to conceal from her negras (Negro servants) the fact that she ate nothing, including chocolate.

1. Melt the chocolate in a large bowl over a simmering pan of water.

2. In a separate heavy saucepan, heat the milk and cream on low until hot, but not boiling.

3. Add 3 tablespoons of the hot milk to the chocolate in the bowl and mix well.

4. Stir the rest of the milk mixture, sugar, chile powders, cinnamon, cloves, and vanilla into the chocolate.

5. Whisk chocolate briskly for 3 minutes, over the double boiler to thicken.

Note : To make it less spicy, use less chile.

Thank you to Dr. Robert Ferry, Dr. David Gitlitz, and Dr. Stanley Hordes for their scholarship. Detailed citations may be found in On the Chocolate Trail.

Rabbi Deborah R. Prinz lectures about chocolate and Judaism around the world based on her book, On the Chocolate Trail: A Delicious Adventure Connecting Jews, Religions, History, Travel, Rituals and Recipes to the Magic of Cacao (second edition, Jewish Lights). She co-curated the exhibit “Semi[te] Sweet: On Jews and Chocolate” for the Herbert and Eileen Bernard Museum at Temple Emanu-El in New York City, now available to travel to your community. Most recently she has launched the #chocolatebabkaproject, an exploration of celebratory breads.